The world famous artist Pierre Alechinsky has been living in France since 1951. He made many trips to the Far East, where he discovered his passion for calligraphy. He was also a founder and member of the Cobra group. This movement was set up in 1948 and unites artists who advocate a return to a more provocative, aggressive and daring form of art.

His meeting with Magritte in 1940 was decisive. After founding the Cobra group with Jorn and Appel, he also set up the group “Surréalisme révolutionnaire” (Revolutionary surrealism) in 1948. He creates “word drawings” and “word paintings” which he calls the “writings” and which he works into the paintings of other artists. His starting point is the integration of language into images. 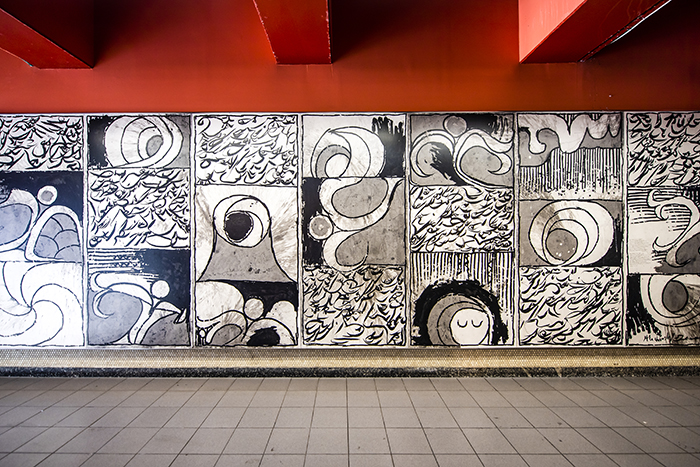