Edmond Dubrunfaut was attracted to art at a very young age. The stained glass window and mosaic at Tongerlo Abbey inspired Dubrunfaut to enrol at the Ecole nationale supérieure d’Architecture et des Arts décoratifs, La Cambre. Shortly after he started out, Edmond Dubrunfaut became interested in art which, through its themes and style, was accessible to a wider audience. Driven by his will to transpose these ideas into reality, he played an active role in setting up groups such as “Le Centre de Rénovation de la Tapisserie de Tournai” (1946), “Force Murales” (1947), and “Art et Réalité” (1954). This was followed by a period in which Dubrunfaut concentrated exclusively on his creations. He was particularly interested in frescos, murals, ceramics and tapestry because they can be hung up on the great walls of public buildings and thus become integrated into everyday life. 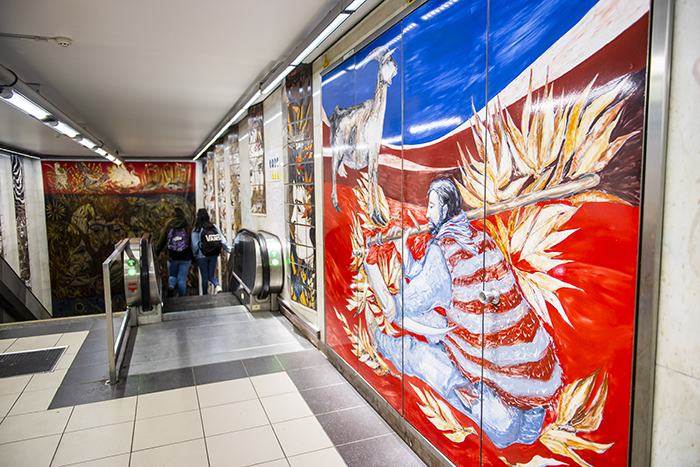 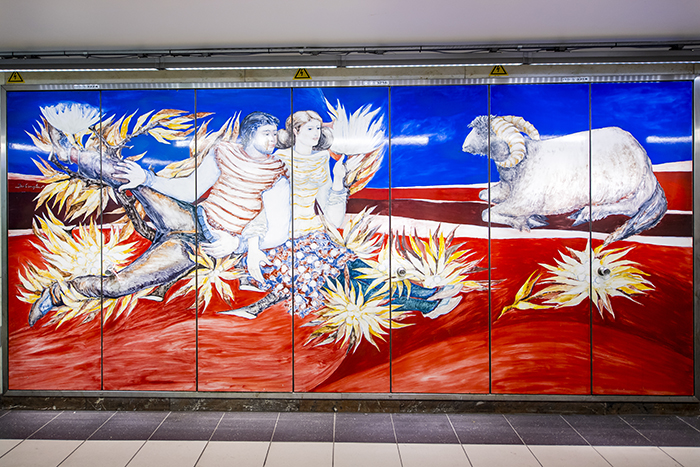