Marin Kasimir left his home city of Munich at the beginning of the 1980s for Brussels, where he now lives and works. But his work not only adorns public and private spaces in this country, as he is also popular in the Netherlands and France. Marin Kasimir found international fame with his extremely detailed panoramic photos of city architecture which also feature a lot of people, making the overall impression very lively. The photos were taken with a rotating camera which turns on its axis. This “roundshot” camera increases the shot time to twenty minutes per round and can increase its field of vision to up to 360°. The idea of framing, as in classical painting, is not the intention here. The panoramic photos lie somewhere in between wall paintings, photography, cinema and architecture. Marin Kasimir’s creations have been recognised several times, among others with the “Prix de la Jeune Peinture Belge” (Young Belgian painting prize) (1985) and with a prize for photography featuring the city of Paris (1995). 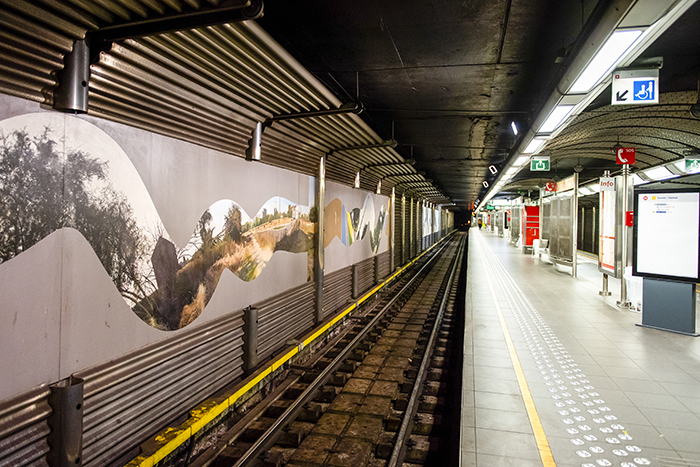