Jo Delahaut studied at the Academy of Liège. He also studied for a doctorate in history of art at the University of Liège. In the 1940s he was mainly influenced by the works of Auguste Herbin (1882-1960). Among the group of painters which set up the “Jeune Peinture Belge” (Young Belgian painting), Jo Delahaut was the first to exhibit non-figurative geometric compositions. He was the promoter and spokesman for the movement. Order, symmetrical construction, pure rhythm, serenity and a monumental appearance characterise his works. He wanted art to be incorporated into everyday surroundings in order to help people to free themselves from the past and adapt to everyday life. Jo Delahaut was a member of the “Réalités Nouvelles” (New Realities) in Paris in 1946, of “La Jeune Peinture Belge” in Brussels in 1947, a founding member of the Belgian group “Art Abstrait” in 1952, and co-author of “Manifeste Spatialiste” (Spatialist Manifesto) in 1954 together with Pol Bury (1922). 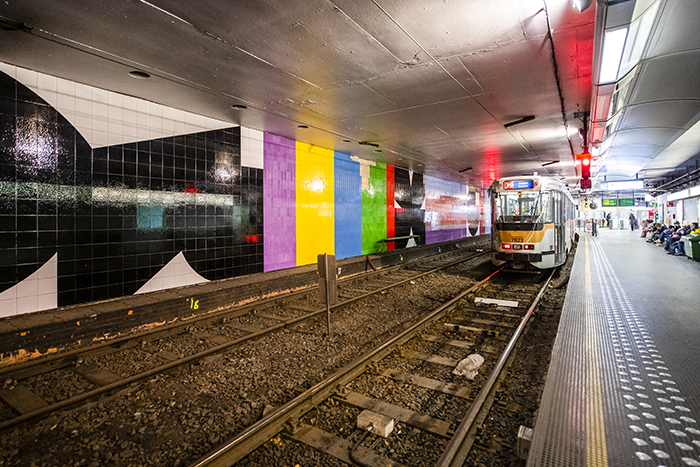