Jean Glibert trained at the monumental painting workshop under Paul Delvaux. He is interested in the problem of integrating colour into architecture, the atmosphere and through the use – as far as possible – of techniques used in building work. According to him, colour can create a new emphasis using existing shapes, and can have a rhythmic effect or establish links. He has also researched transparency (stained glass windows) and the use of spatial arrangements, particularly via the chair that he was offered by the Ecole Nationale Supérieure de La Cambre. Jean Glibert has an experimental touch. He has painted signs on a car park using a spray gun and has had several commissions for banks and schools. Together with Norberte Loicq, he laid down 3,000 coloured tiles in cement in Antwerp’s Middelheim park for the sixteenth biennial. 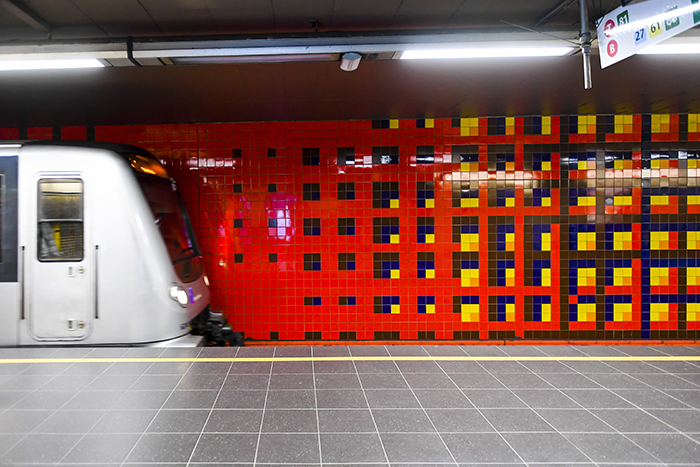