Along with Ensor and Magritte, this world famous artist dominated painting in Belgium. Very quickly, Paul Delvaux felt drawn to surrealism, to which he made an important contribution. He developed a very personal poetic mythology in which women play a central role. In his works of art we find the artist’s love of the Italian masters of the quattrocento. He was particularly interested in the railways and has also painted many different stations. Delvaux does not hesitate to compare means of transport with eternal femininity, and the dream which enlivens the station with the cult of the erotic. Trains and stations awaken the desire of the other, stir the imagination, and suggest a journey into the unknown. Although he reproduces miniature models of trains and trams faithfully and scrupulously, his works of art are not concerned with the technical aspects of transport. At Louvain-La-Neuve he was even given the title of honorary station master. 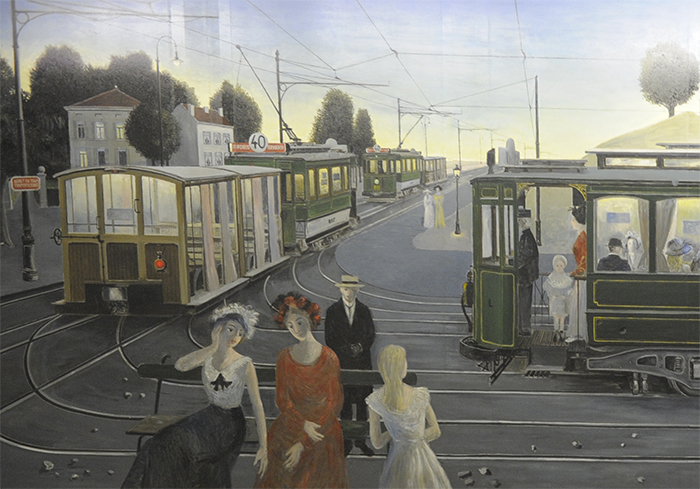 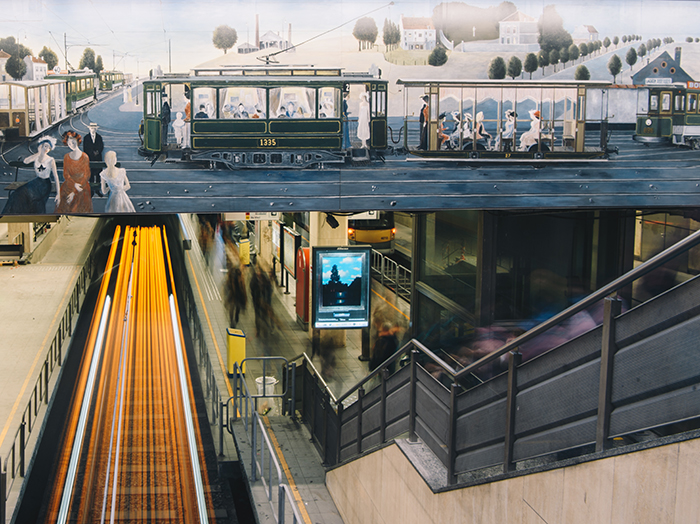 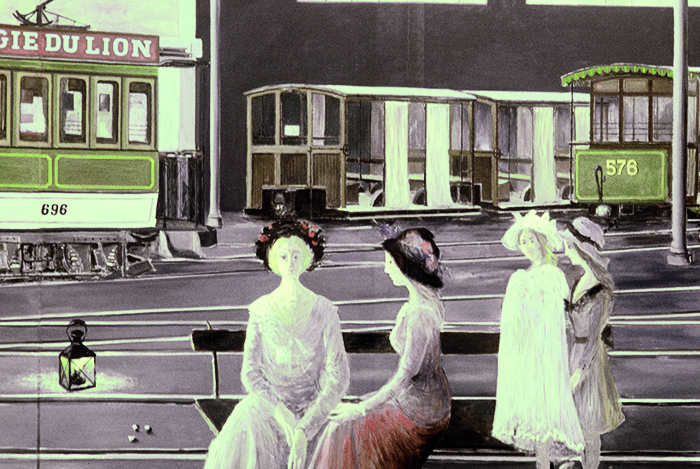