Pierre Cordier studied Political and Administrative Sciences at the Université Libre de Bruxelles (ULB). After meeting the poet Georges Brassens in 1952, he took up the life of an artist. He engaged in photography (which he abandoned in 1967), whilst conducting experimental explorations in the field of photography and cinema. In 1956, he invented the chemigram (chimigramme), a technique that combines the physicality of painting (varnish, wax, oil) with the chemistry of photography (light-sensitive emulsion, developer, fixer), without using a camera or an enlarger and in broad daylight. The artist has shared the technique of the chemigram through workshops, conferences, experimental films, publications (including a monograph in 2007, by Racine, Brussels) and numerous exhibitions (at the Museum of Modern Art in New York in 1967; at the Museum of modern Art in Brussels in 1988; in 2008, at the Centre Georges Pompidou in Paris, which acquired five chemigrams for its collections and, in 2001, at the Victoria & Albert Museum in London, which also acquired several chemigrams). Pierre Cordier was a lecturer at the École Nationale Supérieure des Arts Visuels de la Cambre in Brussels from 1965 to 1998 and is a member of the Belgian Royal Academy, Division of Fine Arts, section Painting and Visual Arts. 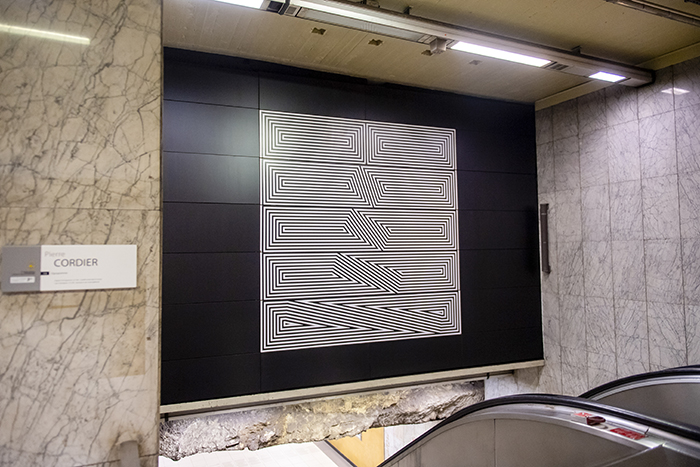