Hamsi Boubeker studied at the music academy in his native city of Bejaïa and later in Algiers, where he discovered polyphonic singing. He is a war child of the Algerian war. He thinks back, with above all a lot of nostalgia, to the multicultural city of Bejaïa, where he grew up. A city that he was only really able to discover in the peace which reigned after the war. He taught French in Algiers, until he settled in Brussels in 1980 and took Belgian nationality. He worked on an international project: the hands of hope, a hand for peace out of respect for different cultures. To this end he has collected hand prints from around the world, especially from schools. In 1995 he launched the association “Afous”, which means “hand” in Berber. For Hamsi Boubeker, an open hand symbolises peace, friendship, openness and tolerance. Hamsi Boubeker not only works as a painter, he is also a singer, musician and storyteller. 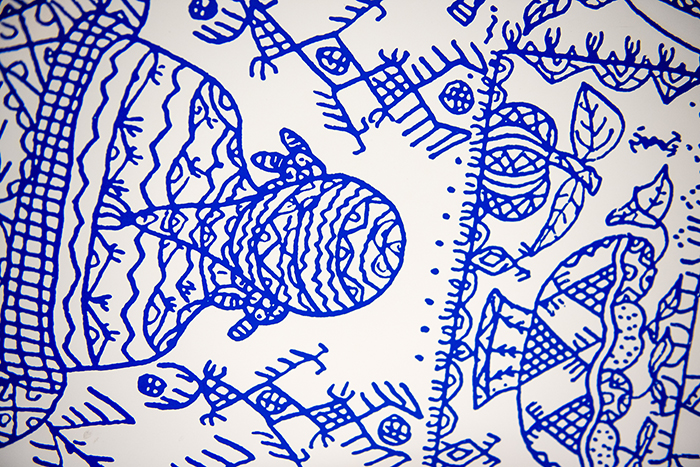