With a collection of twigs and dead leaves from his grandmother’s garden near Versailles, Jephan de Villiers unknowingly laid the foundations of his artistic career at the age of 14. Later on he left France for the bright lights of London, where he exhibited his plaster sculptures. A trip to Brussels led Jephan de Villiers to the greenery of the Forêt de Soignes, where he picked up the first “wooden body”, a foreshadowing of the “Voyage en Arbonie” (Journey to Arbonie). Since then everything that he has used in his work comes from this secret world of organic matter that has fallen on the ground. During his walks through the woods he picks up birch bark, chestnut shells and roots which take on a new life in his works of art. Today he divides his time between the Forêt de Soignes and the bay of the Gironde river. This maritime world also gave him inspiration for his works of art. Since the opening of his workshop in Charente- Maritime, he mostly uses wood that washes up on the shore. 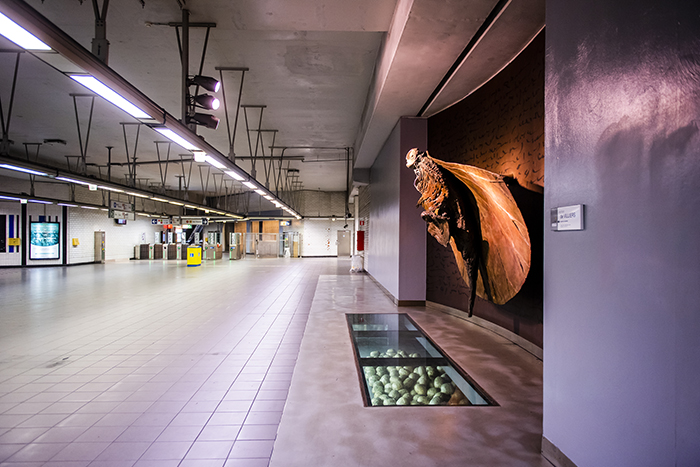