Van Breedam is concerned with presenting and using the object in itself, without disguise and in its physical and material form. He creates combinations of paintings, collages and assemblages to create three dimensional constructions which he integrates into larger environments. In these creations, personal and technical allusions are combined with historical, geographical and ecological references. The visual parts, construction elements, the contributions of colour and shape, are chosen according to the whole of the work of art. In Anglo-Saxon countries this genre was inspired by pop-art and in France by the “nouveau réalisme” (New realism) movement. In this country, the genre was embodied by the artists Vic Gentils, Paul Van Hoeydonck, Remo Martini and of course Camiel Van Breedam. They share a love of placing objects under the spotlight, but each of them adopts his own viewpoint, so that in each case they reveal other possibilities of the genre. 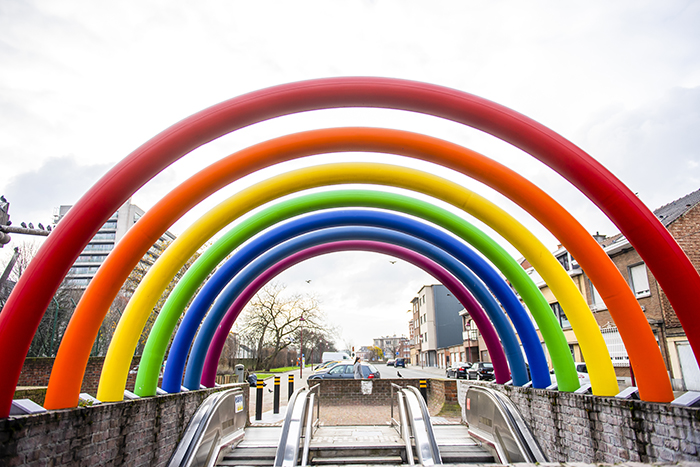