According to Decelle, art must improve city dwellers’ surroundings and encourage them to respect public spaces. His works exude great harmony. He has created several different works for public spaces, in particular for Brussels National airport. Neon is his material of choice. Since 1993, Philippe Decelle has also become well-known for his plasticarium, first situated in the Brussels neighbourhood of Dansaert and now at the Trade Mart (Heysel). It is a sort of museum, where he exhibits a vast collection of plastic objects for which he offers guided visits. Two rooms are dedicated to Decelle’s works. He began his plastic collection in 1986 with his fascination for glass, and for shiny, bright materials. He also consciously searched for materials which would allow a play of light, with a preference for coloured Perspex. Philippe Decelle describes himself as an urban artist, and more specifically a Brussels artist. 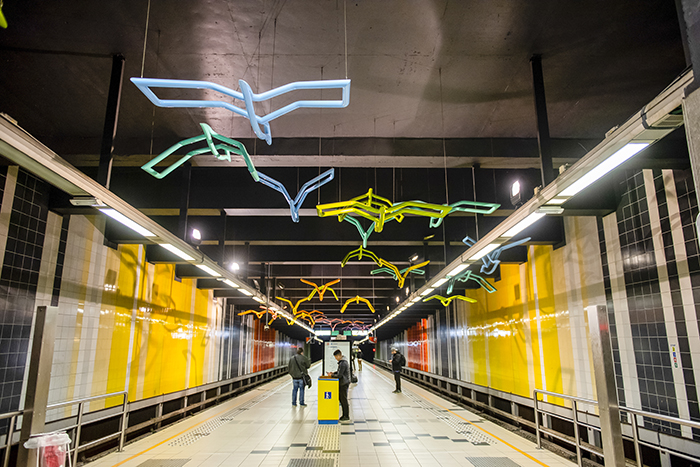 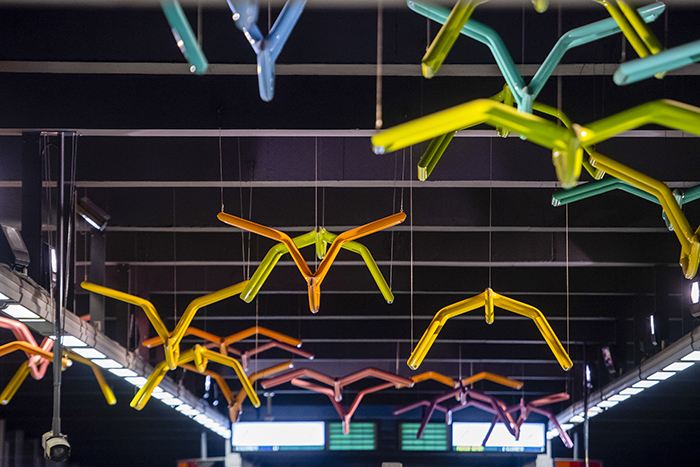