His beginnings as a young sculptor were in a non-figurative style that was in full expansion at the time. Later on, non-figurative sculptures built on the basis of beams and cubic forms and compared with architecture, progressively took on more importance in his works. We could say that these creations are the never-ending theatre of modern society: the contest between the display of life and oppression, between the need for freedom and constraints, between vitality and organisation, like bodies enclosed in the masses which are trying to break free. The period of neo-realism, hyperrealism and photo realism influenced his work in this later phase. From the 1970s his beams and columns break open and through these cracks we can see parts of human bodies, like hands, chests, heads and faces. These body parts are surprisingly realistic. 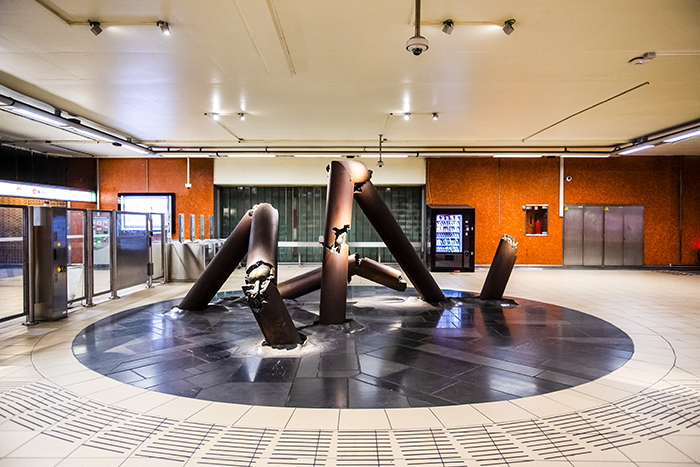