Together with two other artists (Willy Plompen and Yves De Smet), Jan Van Den Abbeel makes up the “PLUS” group, who aim to give concrete expression to a new relationship between the work of art and the optical environment. He created a visual work which rejects all lyricism and emotion, and in which only the colours and the structural elements create the optical effects and the rhythmic movements. The aim is to integrate the result into the environment and living space. This artist belongs to the non-figurative, geometrical construc-tion movement. A real constructivist works systematically, accepts a structural base and constructs a painting upon it. The creation of such a work of art is dependent on the interaction between freedom and discipline. 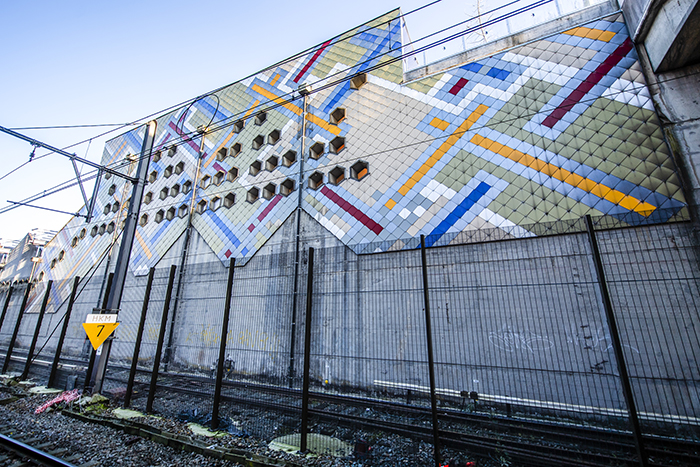