From the beginning of his career he has concentrated on the problem of how the public receives art: he joined many different groups that aimed to bridge the gap between art and the public. The artist actively participated in creating groups such as “Le Centre de Rénovation de la Tapisserie de Tournai” (1946), “Forces Murales” (1947), and “Art et Réalité” (1954). Art must be integrated into real life with its choice of themes, by addressing real life issues such as existence, and the everyday work, struggle and sufferings… We must re-evaluate techniques and materials such as tapestries, frescos, ceramics and mosaics. For Somville art is not just for the privileged. He rebels against conformism. He is just as happy to express himself on walls as on canvas. In the summer Somville mostly works in central France. Other than his art work, he is also involved in the World Peace Council. He fights tirelessly against the oppression of “the weak” and for “art which makes you shouts out with rage”. 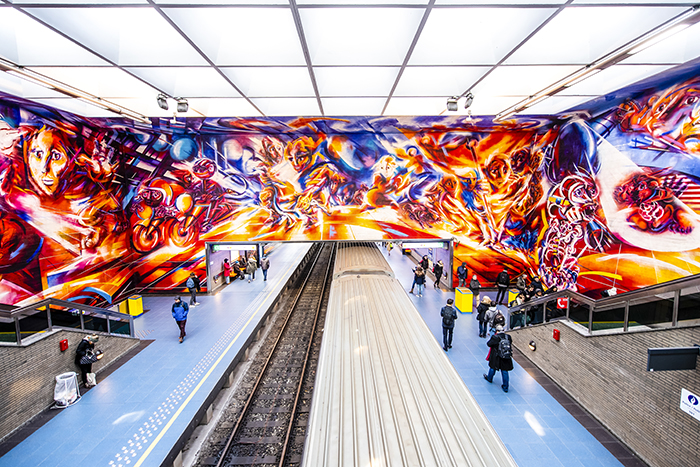