He studied at the Académie des Beaux-Arts in Brussels. He was passionate about the Cobra movement, and this movement’s taste for freedom in painting. After his studies he tried to establish contacts with the progressive artistic movements in the capital. He was a co-founder of and contributor to the magazine “De Meridiaan” and a few years later he participated in the foundation of “Taptoe”, an art centre open to a lively exchange of ideas. From the very beginning, he was also involved in the initiative entitled “L’Internationale Situationniste” (The Situationist International) and later on, in the magazine of the same name. In his paintings the observer cannot find any concrete objects. Wyckaert uses pure colours and an impulsive interplay of lines. His style quickly evolved into an abstract form, where zest for life, purity and a feeling of being at one with the forces of the earth and with cosmic energies are not far away. Maurice Wyckaert said: “I work with colour and space, that’s all ...” 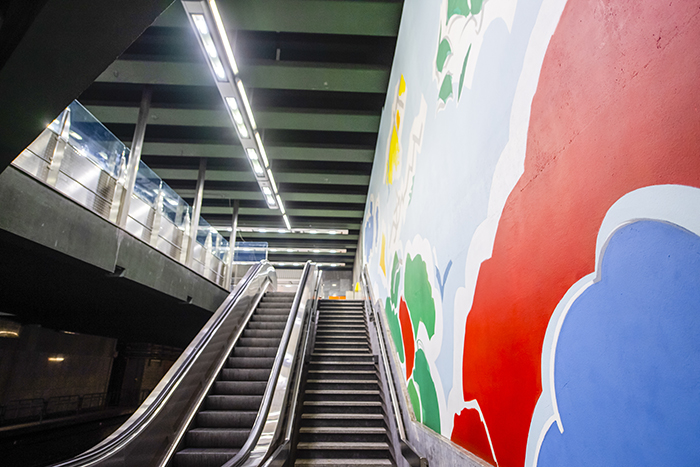