Guy Rombouts and Monica Droste were not only a couple, but they also worked together from 1986. At the beginning of the 1990s, they created a new, original alphabet with pictures and colours: the AZART-alphabet. Their aim was to introduce a more universal form of communication. In this way, Rombouts and Droste could blur the borders between language and art. But this idea was not new. Rombouts admits that his work is linked to that of René Magritte and Marcel Broothaers. Guy Rombouts comes from a family of three generations of printers. He trained as a printer in Ghent, but as he was growing up in Geel he came to feel a lot of sympathy for the patients of the psychiatric institution. Their unpredictable behaviour and above all their capacity to develop their own language left a lasting impression on the artist. When Monica Droste was a child, she dreamt of a varied job. She fulfilled this dream when she established herself as an artist. She therefore decided to leave her home and after a trip to New York, she settled in Brussels, where she met Guy Rombouts. She died before the station art work was completely finished. 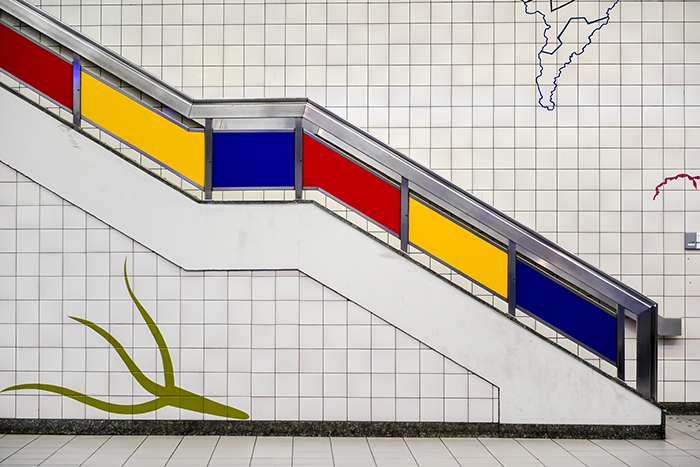