The Brussels artist Michel Dusariez was originally trained as an optician-optometrist and has taught at the Centre d’études des sciences optiques appliquées (Center for applied optical sciences). He is a self-taught photographer and engineer. For over 25 years, he has carried out research and experiments into the various possibilities offered by panoramic photography. Since the 1990s, he has created 360° views by installing the camera at the centre of the subject and then recording a circular view of the environment. Michel Dusariez is recently studying photography techniques designed to capture movement. Following in the footsteps of Marey, Muybridge and Edgerton, the precursors of chronophotography, he portrays movement in a series of exposures. His work has been shown in numerous exhibitions, at various museums and has been frequently featured on television. The scientific department of the Royal Belgian Academy awarded him the “de Boelpaepe” Prize in 1995 for his 360° views and his three-dimensional photographs. 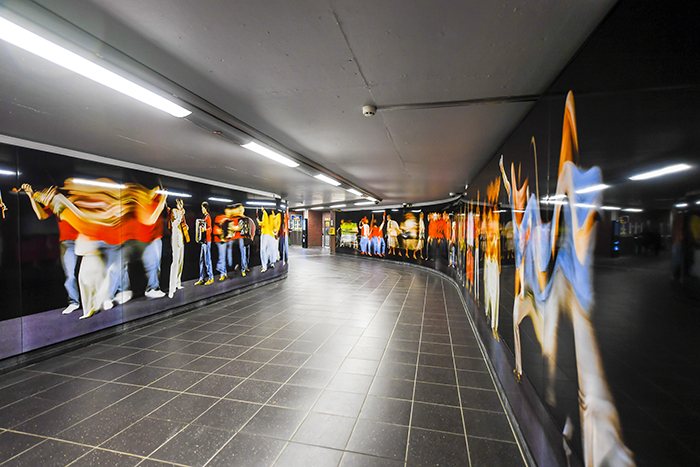