He is a self-taught artist who was influenced by Permeke. In 1960 he started work on the painting “Gares et Signaux ferroviaires” (Stations and railway signals). A few years later he followed the advice of Paul Delvaux and moved towards realist painting. His entire work is based on the representation of technology, machines, motors and vehicles that are pure figments of his imagination and which are completely useless. For his poetic, fantastic, friendly, sometimes even tender, “machines dénaturées” (unnatural machines), Roger Nellens drew inspiration from diagrams, detail drawings, projects and pictures from the 18th and 19th centuries. His machines are both abstract and figurative. He does not copy these fabrications from the industrial revolution, but derives appropriate parts and elements from them and combines them in a new way, and places them in a totally different mechanical context. A playful mind and a strong desire to give free expression to the imagination prevail in his work. 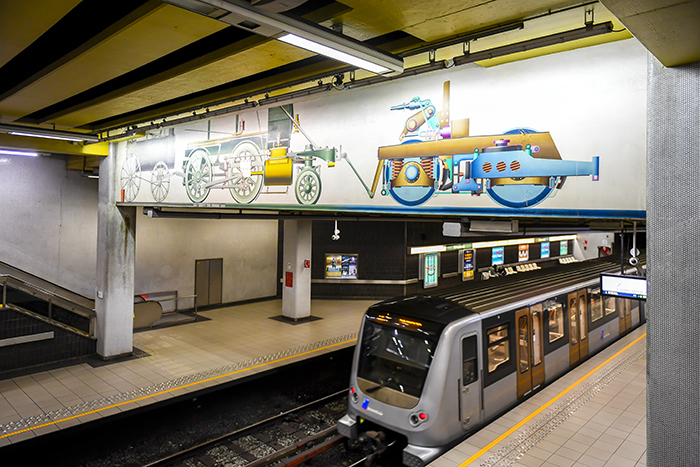