Until 1962 he used wood and stone, but he eventually realised the limitations of these materials with regards to space and volume. From then on he opted for the lost wax technique to achieve his objectives, just like the artist Roel D’Haese (also present in Herrmann-Debroux station). Without a doubt, Rik Poot is best known for his image of a fist in Vilvoorde, erected when many employees were made redundant by the car manufacturer Renault. Rik Poot has already designed a great number of monumental works in public places and in many different materials. However, not all of his creations are monumental. He also created many smaller images, jewels and graphics. Rik Poot often draws inspiration for his works from nature. He dissects shapes and puts them back together again. He has been awarded several prizes for his sculptures and has taken part in many different exhibitions in Belgium and abroad. 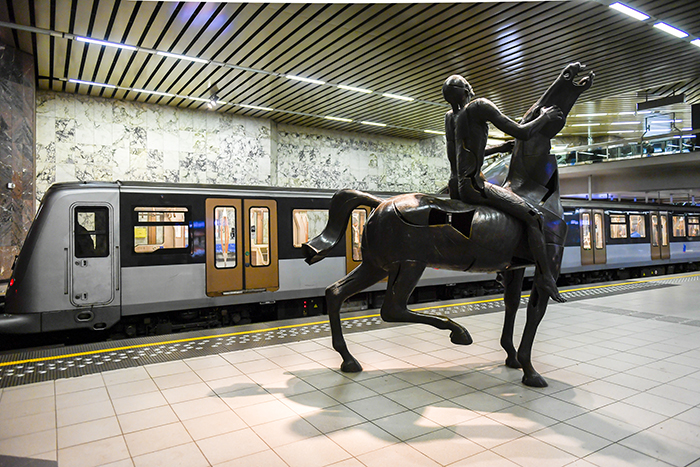