As a self-taught artist, Bob Verschueren began his artistic career in painting. In 1978, he was frustrated with the limits imposed by the canvas and he shifted his focus to nature by treating landscapes with natural dry pigments. This radical embrace of the ephemeral led him to see nature as a source of inspiration, and plants became the essential inspiration for his work. He is best known for his installations made from natural materials such as branches, leaves, needles and plants. In 1985, he created his first “vegetal installation”, an extremely ephemeral work in which the process of decomposition of the raw materials formed the central theme. The installations, generally presented inside exhibition spaces rather than outdoors, give shape to the artist’s reflections on the indestructible bond between life and death. He has exhibited his work in Belgium and abroad. With the help of the Centre Henri Pousseur, he created a soundscape entitled “Catalogue de plantes” (catalogue of plants), 16 tracks which play the music of a plant or a vegetable. Bob Verschueren is a member of the Fine Arts division of the Belgian Royal Academy. 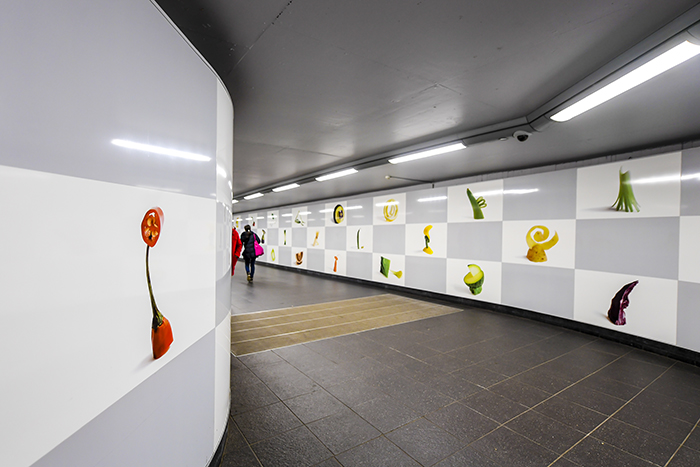