Tapta studied in the textiles department at the Ecole nationale Supérieur de la Cambre, and then went on to create free textile compositions - first against walls and later in space - in a very personal style characterised by force, warmth and monumentality. After spending ten years in the Congo she worked using simple techniques, with a lot of respect for materials (tapestry and sackcloth), following the inspiration that occurred to her during the creation of the work itself. The artist departs from a rudimentary sketch and then works using very simple techniques. Her monumental works are often characterised by dome shapes, tents and areas which can be entered. 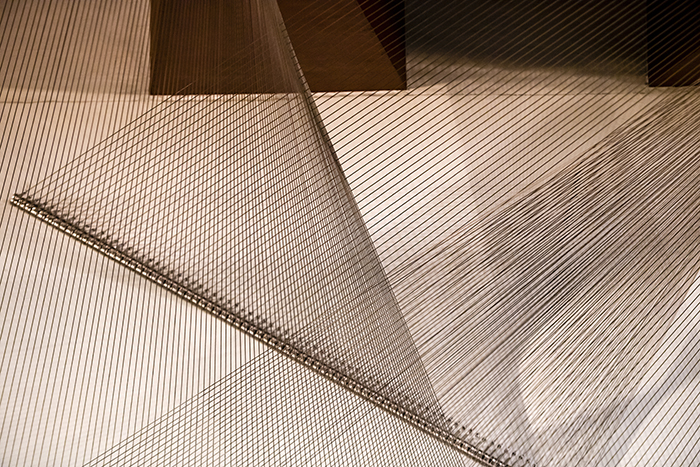