The Brussels comic book artist Hergé, born with the name Georges Remi, has made a considerable contribution to enhancing the reputation of the comic strip. He is the creator of a work that has conquered the whole world: the adventures of Tintin. His albums have been translated into over forty-five languages. Readers can easily identify with the loyal, clever, chivalrous hero. Alongside him star the shaggy fox terrier Snowy, captain Haddock, Professor Tournesol, Jansen and Janssens, Castafiore, etc. In 1950 Hergé set up the “Studio Hergé”, in order to have help with some of his work. Hergé was also a great appreciator of art. To start with he was mostly interested in expressionism, but as the years passed he became attracted to pop art style and abstract art. He was particularly intrigued by Warhol and Lichtenstein. The greatest quality of Hergé’s work was to do with his drawing style, known as “ligne claire” (clear line). His style was clear and precise and he took an overall approach that would inspire a whole generation of artists. 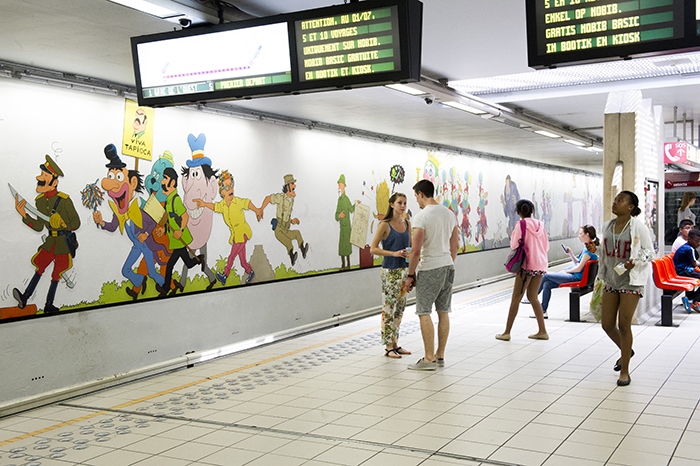