François Schuiten hails from a family of architects, but he took another direction in his work. He is best known for his comic strip stories, in which, along with his brother Luc, an architect, he creates an imaginary world, “Les Cités Obscures” (The dark cities), where the past subtly mixes with an alarming future. François Schuiten studied at the Institut Saint Luc, where he met Claude Renard. He worked with him on his first comic strip albums. Later on he embarked on a project with Benoît Peeters, with whom he worked with on “L’archiviste” (The Archivist), “La Tour” (The Tower), “La route d’Armilia” (The Road to Armilia), “Le musée A.Desombres” (The A.Desombres Museum), ”Brüsel”, ”L’Echo des Cités”, “Mary la penchée” (Leaning Mary) and “L’Enfant penchée” (The Leaning Child). In 2002 the comic strip illustrator received a prize at Angoulême festival in recognition of his entire works. Schuiten also designed countless posters, illustrations, serigraphy, lithographs, graphic designs for films and even around a dozen different Belgian postage stamps. 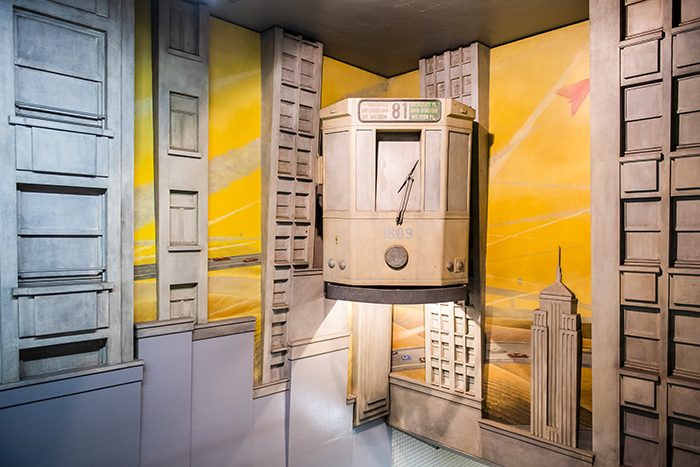