He imagines shapes and feels and lives in the sculptures which he shapes with his hands. Each sculpture starts off as fragments which form a part of the personality of the characters which are designed from these assembled fragments. D’Haese can thus be considered within the Flemish fantasy artistic movement. Without a doubt, his work is some of the most powerful art to come out of Flanders in the past few decades. Since the beginning of the 1950s, Roel D’Haese has taken part in a great number of international exhibitions at the Salon de Mai, the Carnegie Pittsburgh, the Venice Biannual, Documenta in Kassel and the Tokyo Biannual. In 1968 he created a series of fifty golden sculptures. Roel D’Haese has won several prizes for his sculptures. 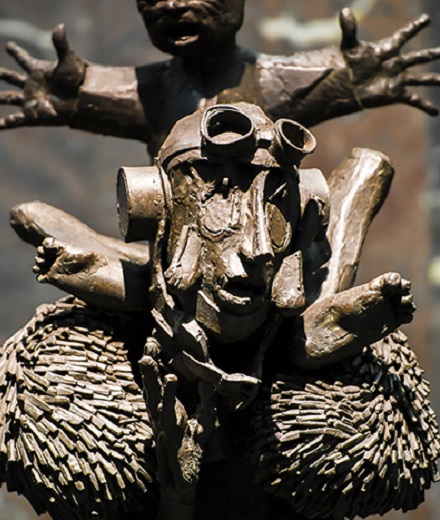