He trained at the Deinze and Ghent Academies, and later went on to develop a very personal style. Together with three other painters he formed the artistic movement “De Nieuwe Visie” (The New Vision), in which familiar and well known things are considered in a newer, fresher way, and are rendered in a more original fashion. For Roger Raveel, the interaction between his works of art and the environment are particularly important. The surroundings are included in the painting using bright colours and empty spaces. Other than group work, Roger Raveel created, “Raveel op de Leie”, an individual work in a spirit of greater social engagement, as a protest against the pollution of the river. He went on to represent Belgium at the 34th Biennale in Venice. 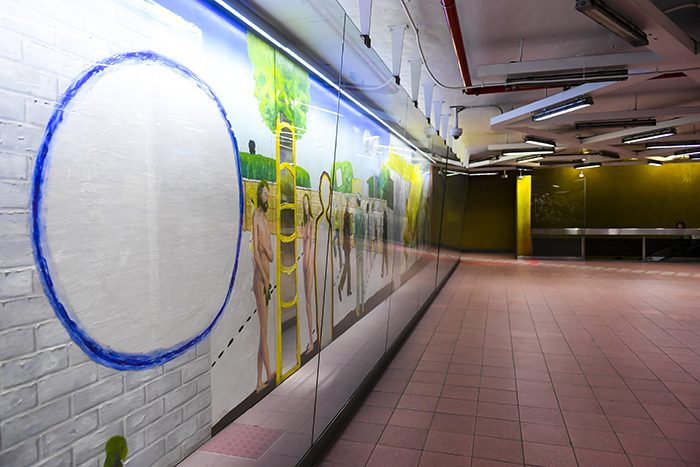