Pierre Caille played a pioneering role in the development of ceramic sculpture in Belgium. He quickly mastered the techniques for pottery, glazed earthenware, enamel and stoneware, with which he discovered the shapes and colours which would lead to his “potter-painter” style, in which people from different countries appear naïve and innocent. This is because he represents the motifs schematically. He also adapts this natural aspect of his work for the theatre, for which he has designed décors and costumes. Pierre Caille was the first to set up a complete ceramics workshop in Belgium, at the Ecole Nationale Supérieure d’Architecture et des Arts Visuels de La Cambre. In this way he influenced many generations of young artists. Ceramics remained the most important art form for Pierre Caille, but this did not stop him from experimenting with sculptures in bronze, collages, sculptures in lacquered wood, paintings and jewellery. 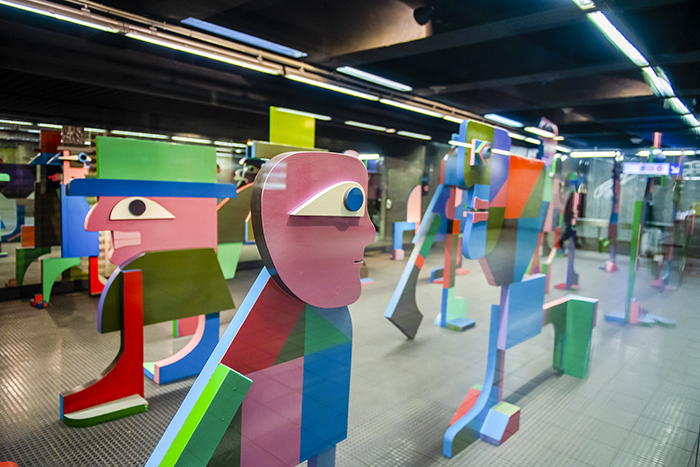